Team: Elizabeth Xu and Michael MacLean
Riverside arts Festival, Klondike Institute of Art and Culture's (KIAC), Dawson City. 2016
Current Patterns was a public print-based textile installation that sought to explore the space between cycles of generational and seasonal change. The installation visually addresses the power of nature and water, immersing the viewer in an all-encompassing space while allowing the piece to engage with public space and the world around it. The technical execution of the project unites contemporary and traditional techniques, including laser-engraving and woodcut printmaking, video projections, and textile manipulation. A seamless, ever-expanding pattern of the breakup of the ice in a river is consistently repeated. During the night, the space transforms via a video projection of rushing water. The imagery of ice breakup and moving water not only act as a signifier of cyclicality and natural force, but as bold moments of change, movement, and seasonal power. 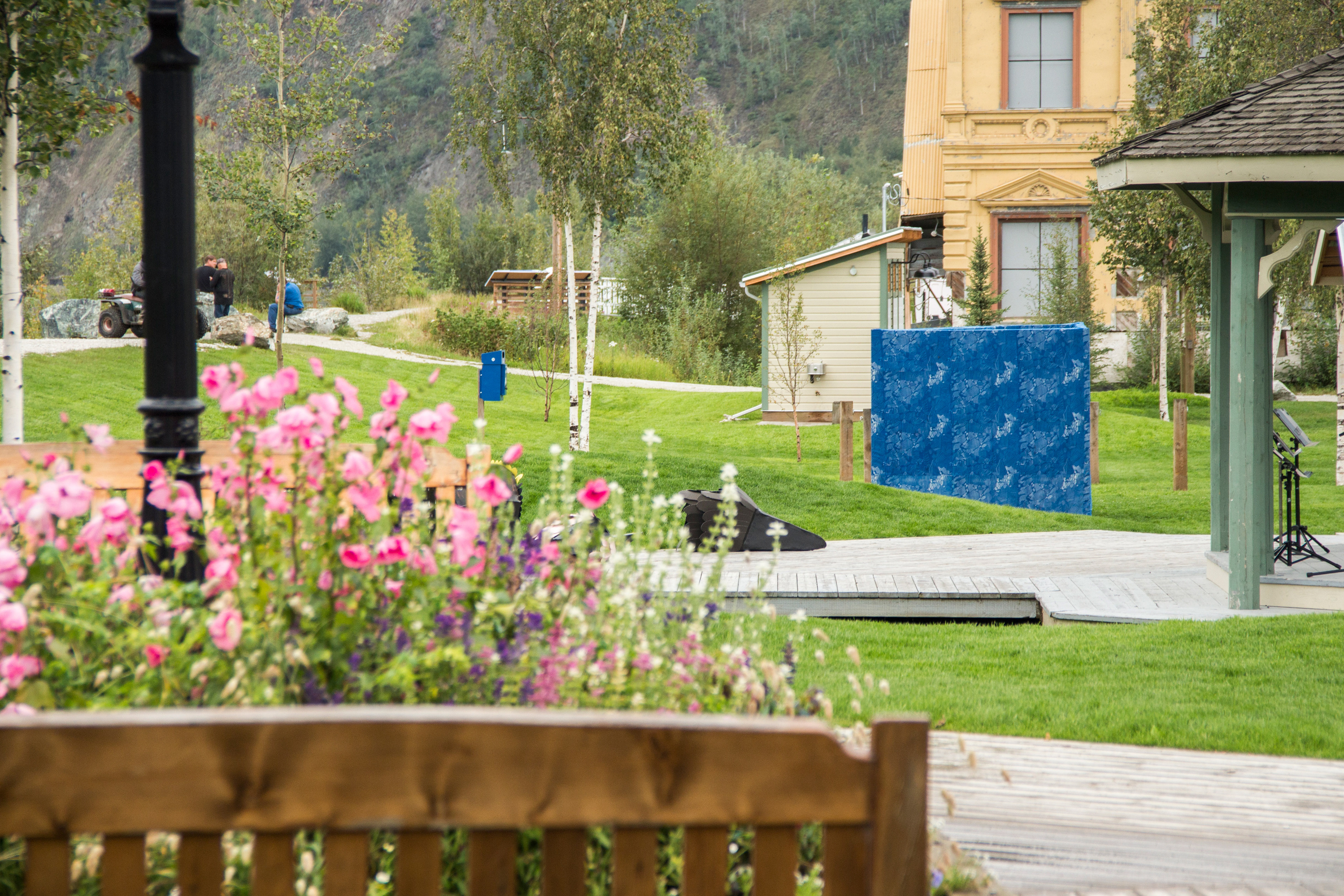 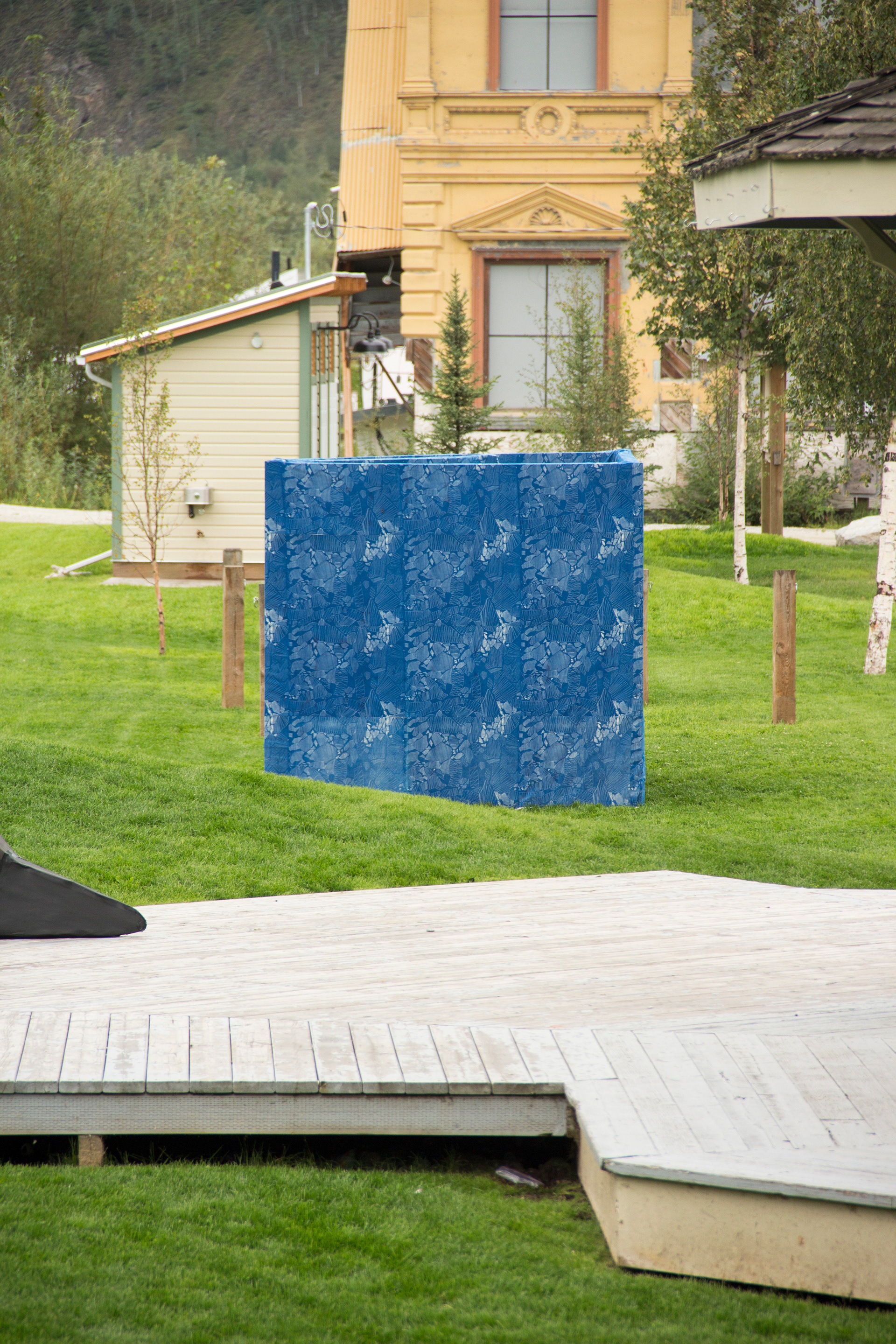 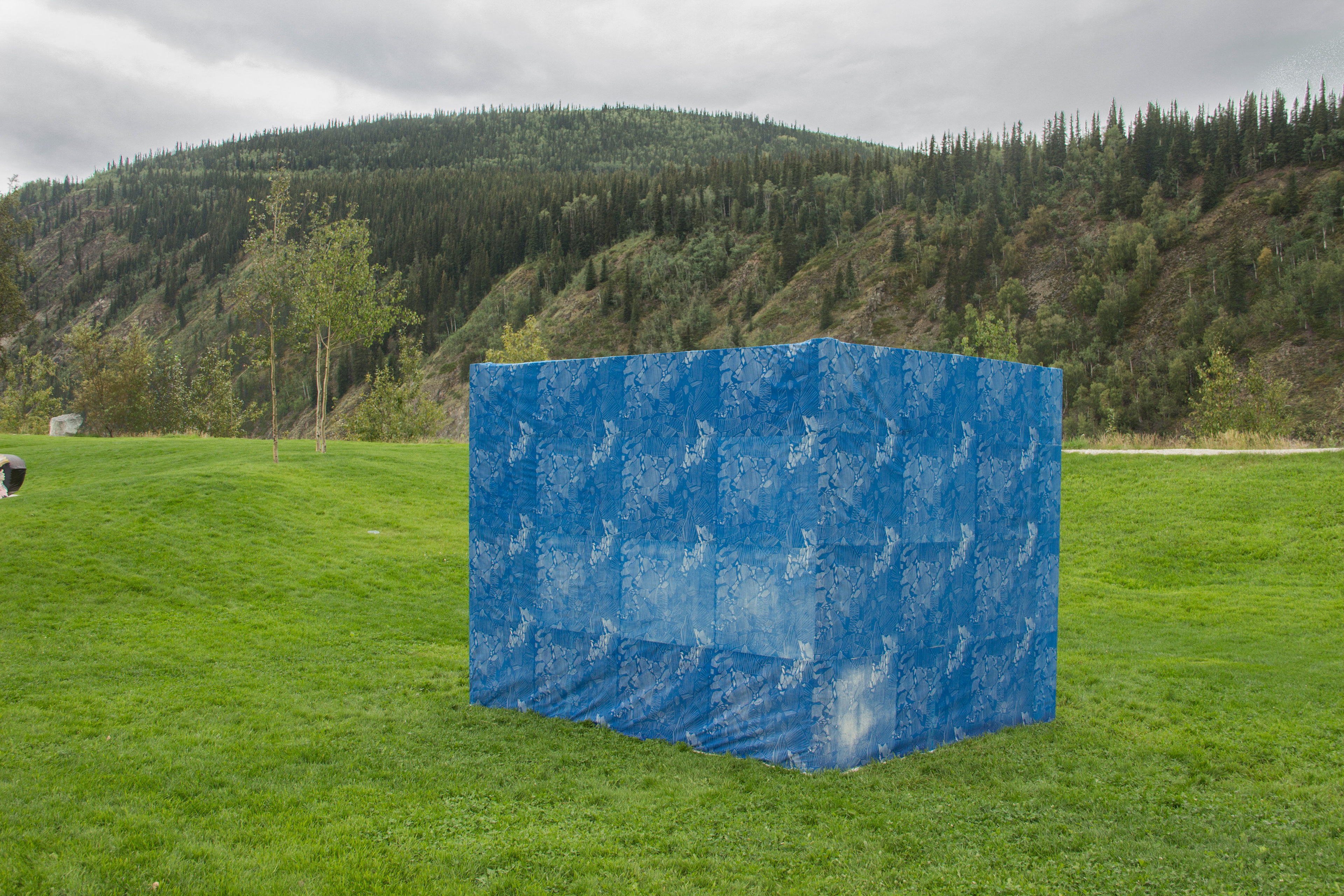 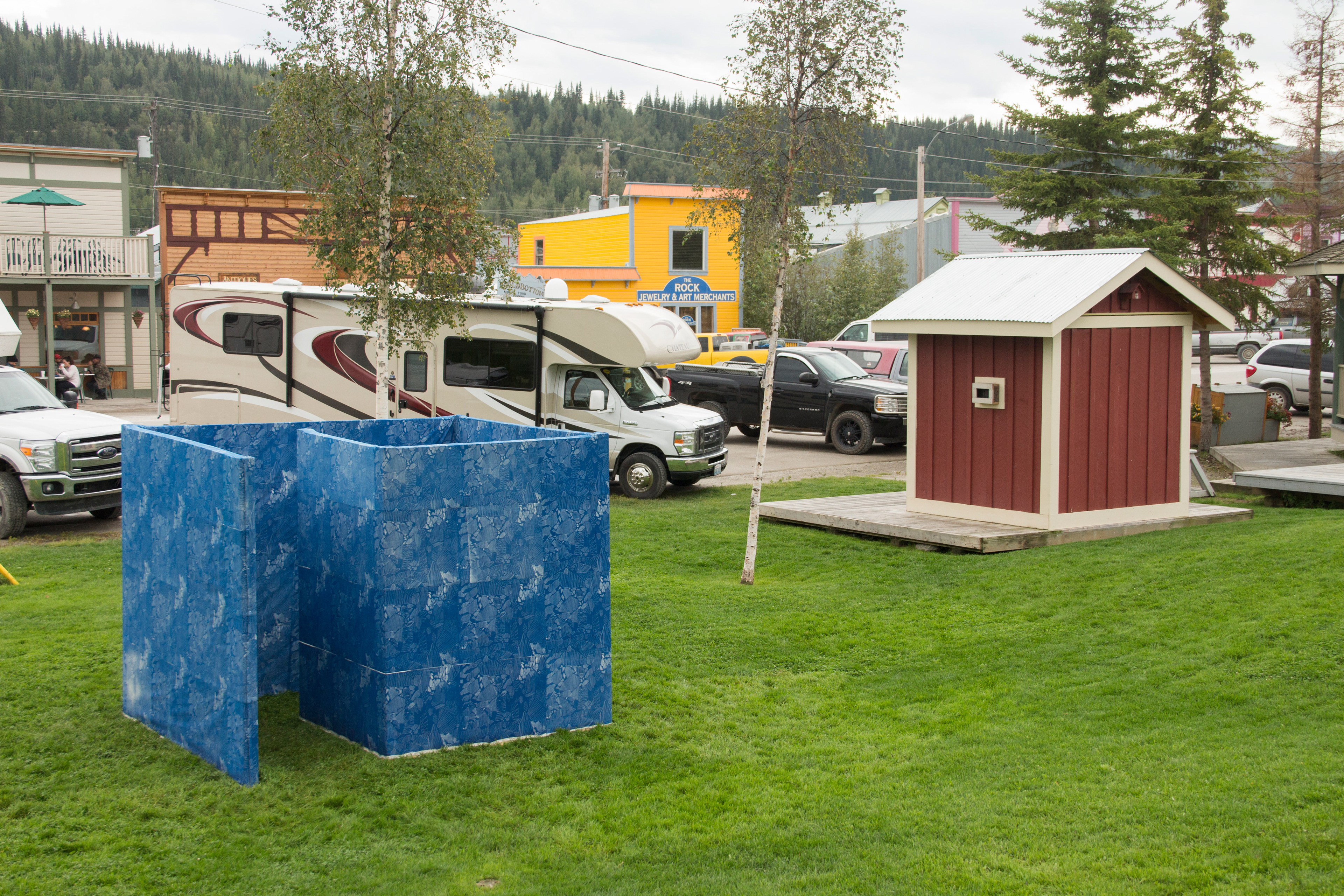 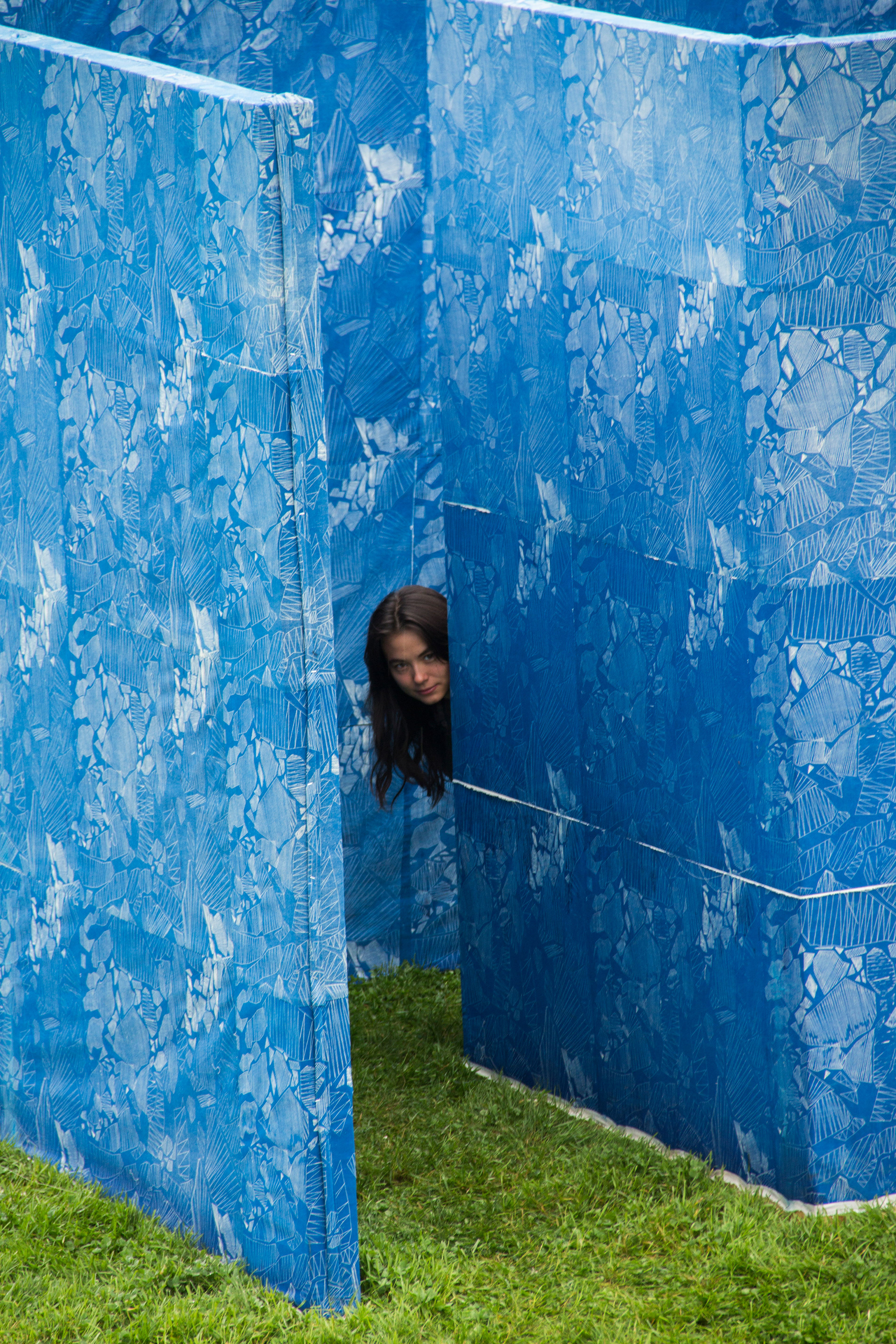 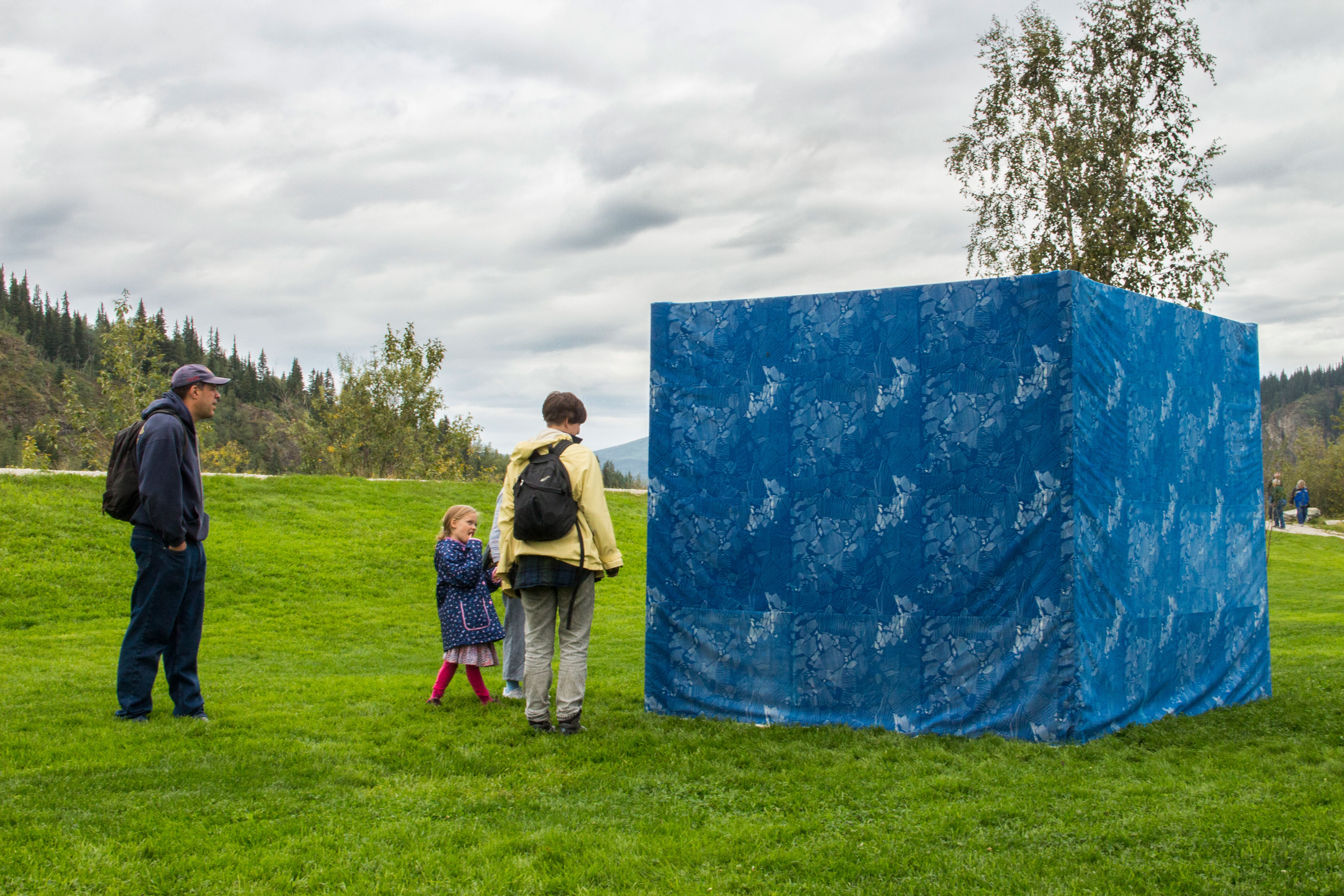 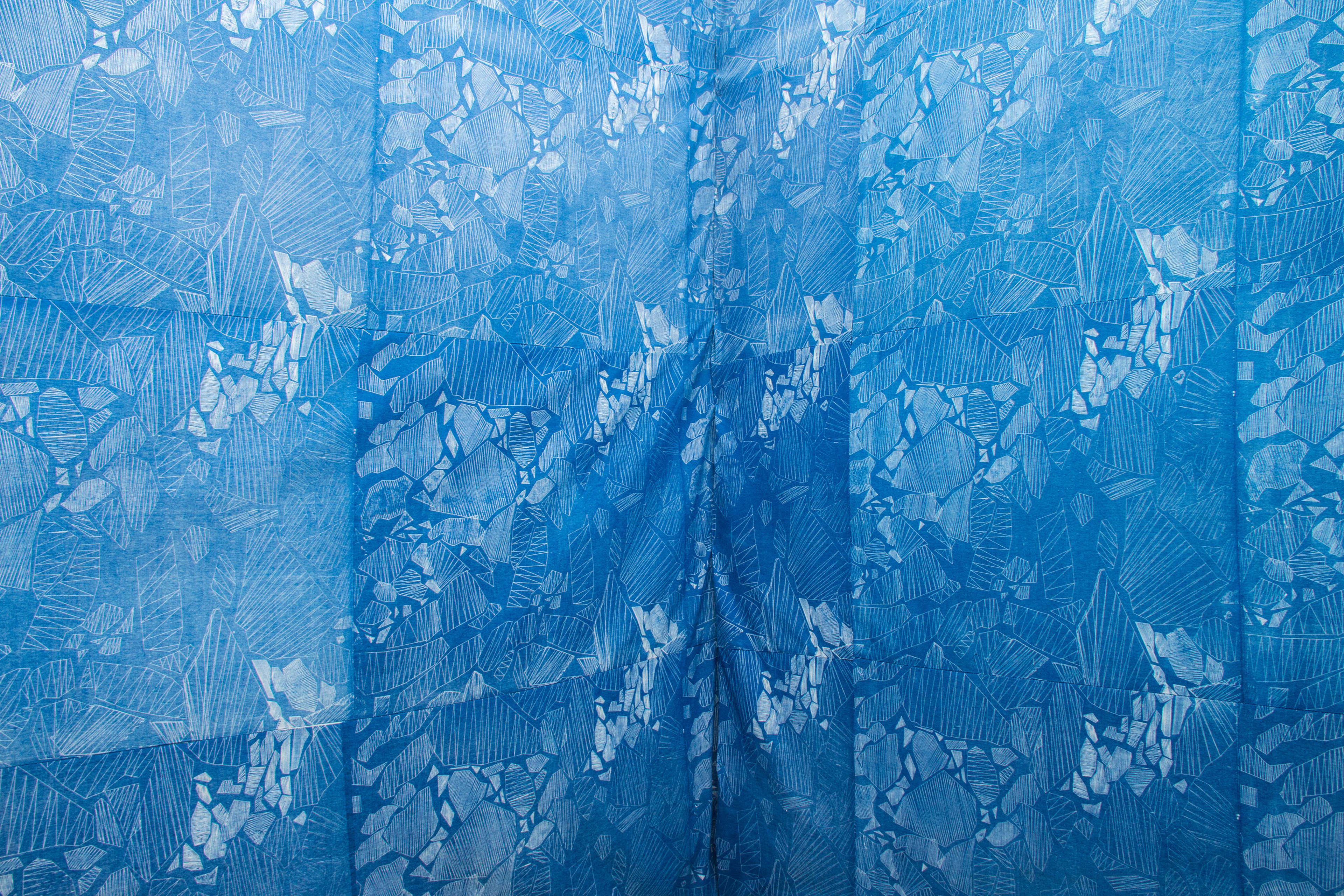 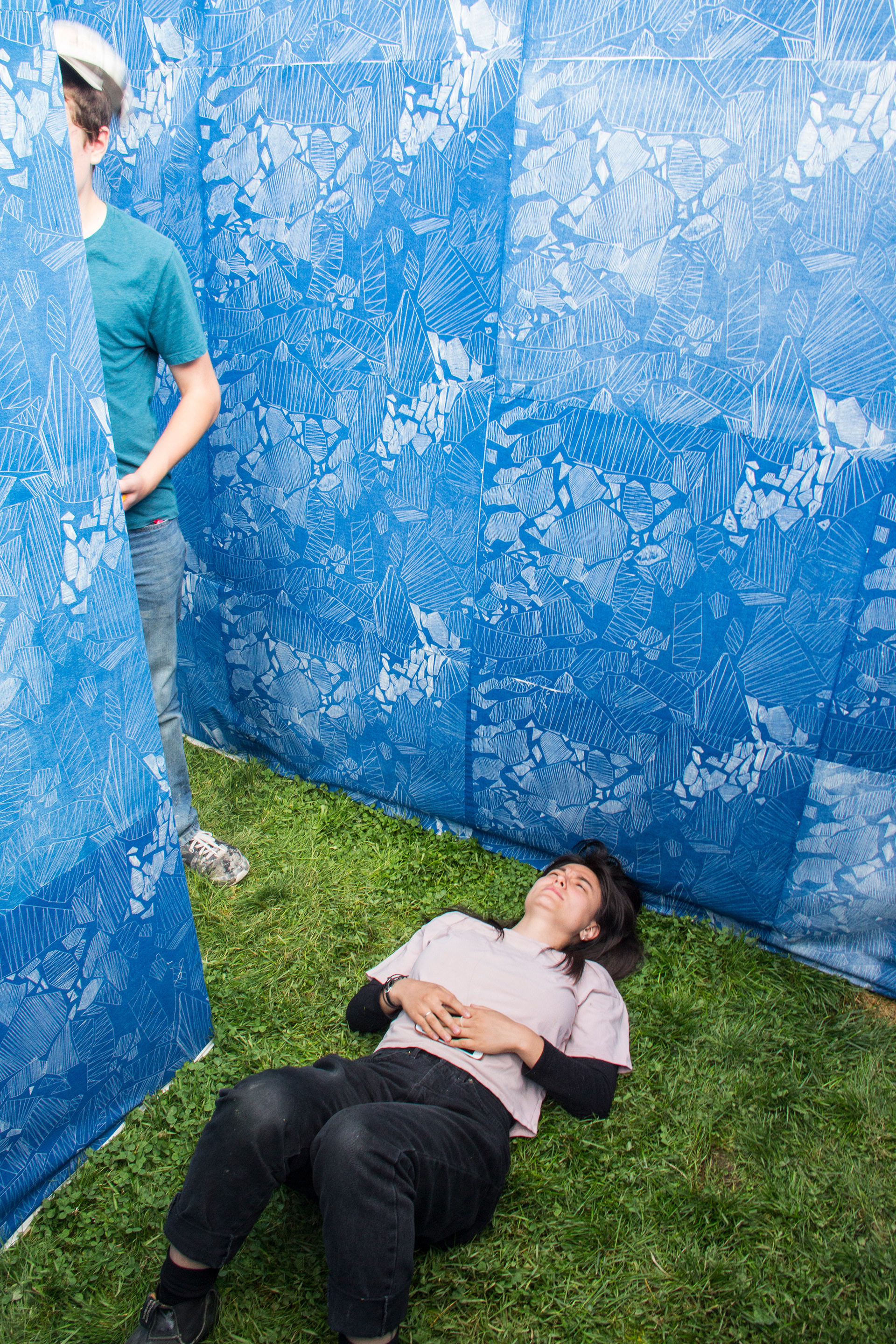 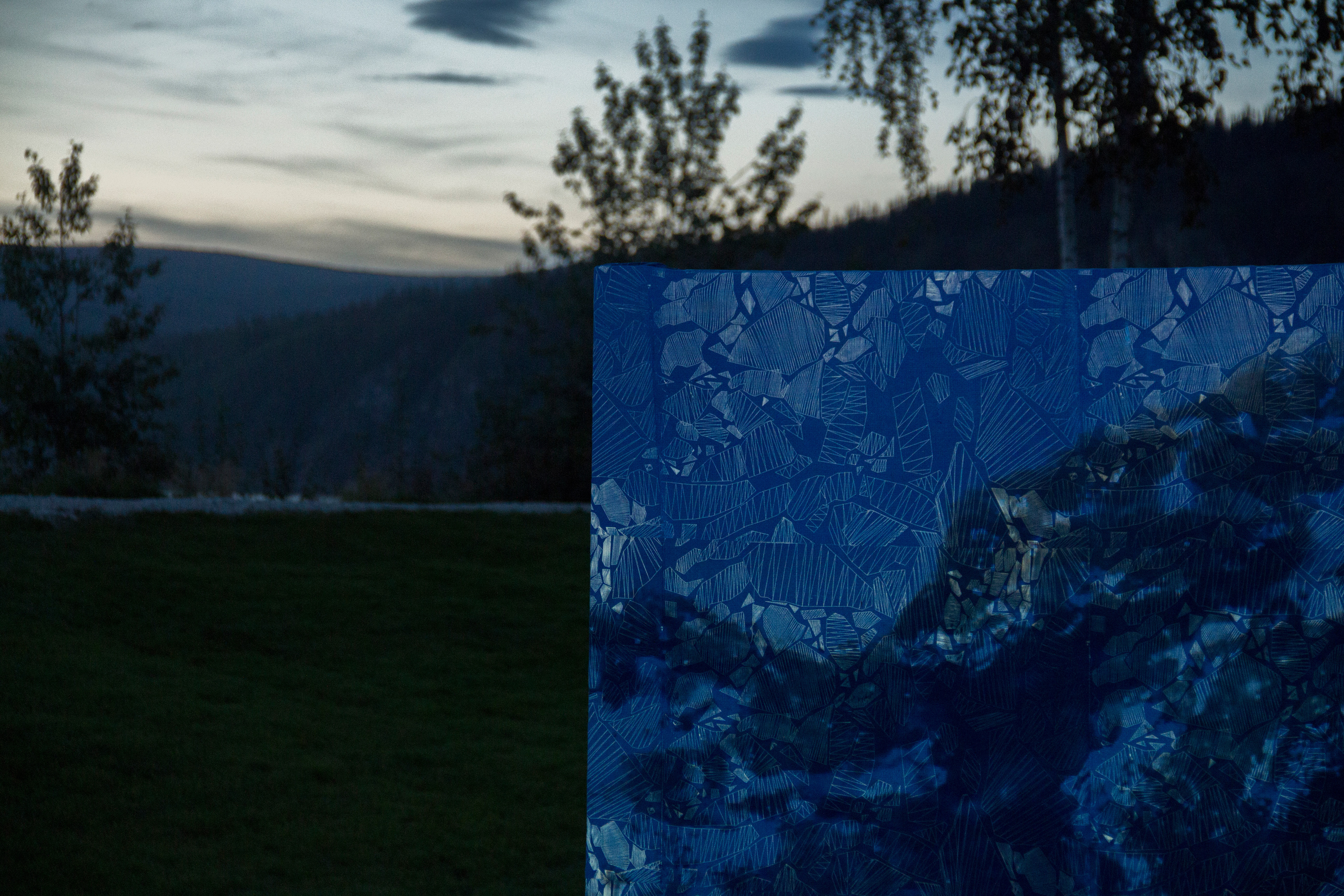